Martin Odegaard is set to be announced and it appears he will wear the No.11 shirt.

The Norwegian youngster, 22, is on the brink of completing his loan move from Real Madrid until the end of the season.

With Mesut Ozil leaving for Fenerbahce, Odegaard has been identified by Mikel Arteta and Edu as the man to add more creative cover after the emergence of Emile Smith Rowe.

Odegaard was widely expected to take Ozil’s No.10 shirt, left vacant after he departed earlier this month.

But footage shared on social media by a fan in Kuwait showed Odegaard listed as the new No.11 on the store section of Arsenal’s website.

The No.11 shirt, worn by Ozil when he first arrived at Arsenal before he took the No.10 after Jack Wilshere’s departure, has been vacant this season since Lucas Torreira left for Atletico Madrid.

The number is still free and looks like being taken by Odegaard, who Arsenal fans hope will make a major impact over the remainder of the campaign.

Manager Arteta confirmed a deal was in the process of being completed after his side beat Southampton on Tuesday night.

“I think we are pretty close, but it is not finalised,” Arteta told reporters after the game.

“As I am standing here I have not talked to Edu or the club in the last three hours, but we are very positive that we can finalise the deal.” 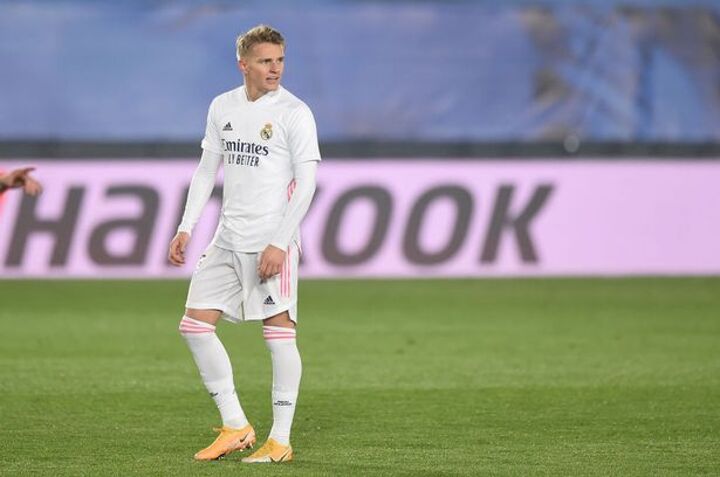 Whilst academy graduate Smith Rowe has emerged as a star for Arsenal in recent weeks, Rio Ferdinand believes competition will be a healthy addition to the Arsenal squad.

He told BT Sport: “Competition’s healthy and young players need the competition but you don’t want players coming in and stunting the growth of certain young players there.

“Especially ones that have just come into the team and starting to show good form. The belief the manager has shown in them.”

Jesse Lingard opens up on his struggles at Mat Utd